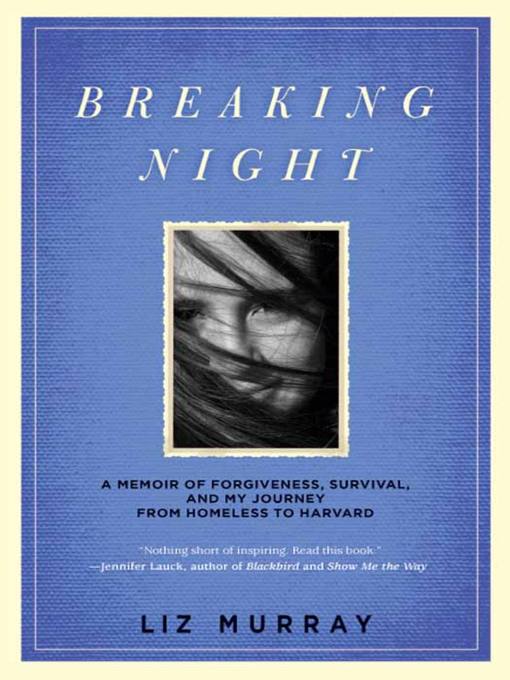 Sample
Breaking Night
A Memoir of Forgiveness, Survival, and My Journey from Homeless to Harvard

In the vein of The Glass Castle, Breaking Night is the stunning memoir of a young woman who at age fifteen was living on the streets, and who eventually made it into Harvard. Liz Murray was born to...

In the vein of The Glass Castle, Breaking Night is the stunning memoir of a young woman who at age fifteen was living on the streets, and who eventually made it into Harvard. Liz Murray was born to... 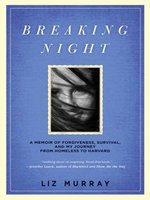 Breaking Night
A Memoir of Forgiveness, Survival, and My Journey from Homeless to Harvard
Liz Murray
Privacy Policy
Thank you for your recommendation

Breaking Night
A Memoir of Forgiveness, Survival, and My Journey from Homeless to Harvard
Liz Murray

Breaking Night
A Memoir of Forgiveness, Survival, and My Journey from Homeless to Harvard
Liz Murray
A portion of your purchase goes to support your digital library.